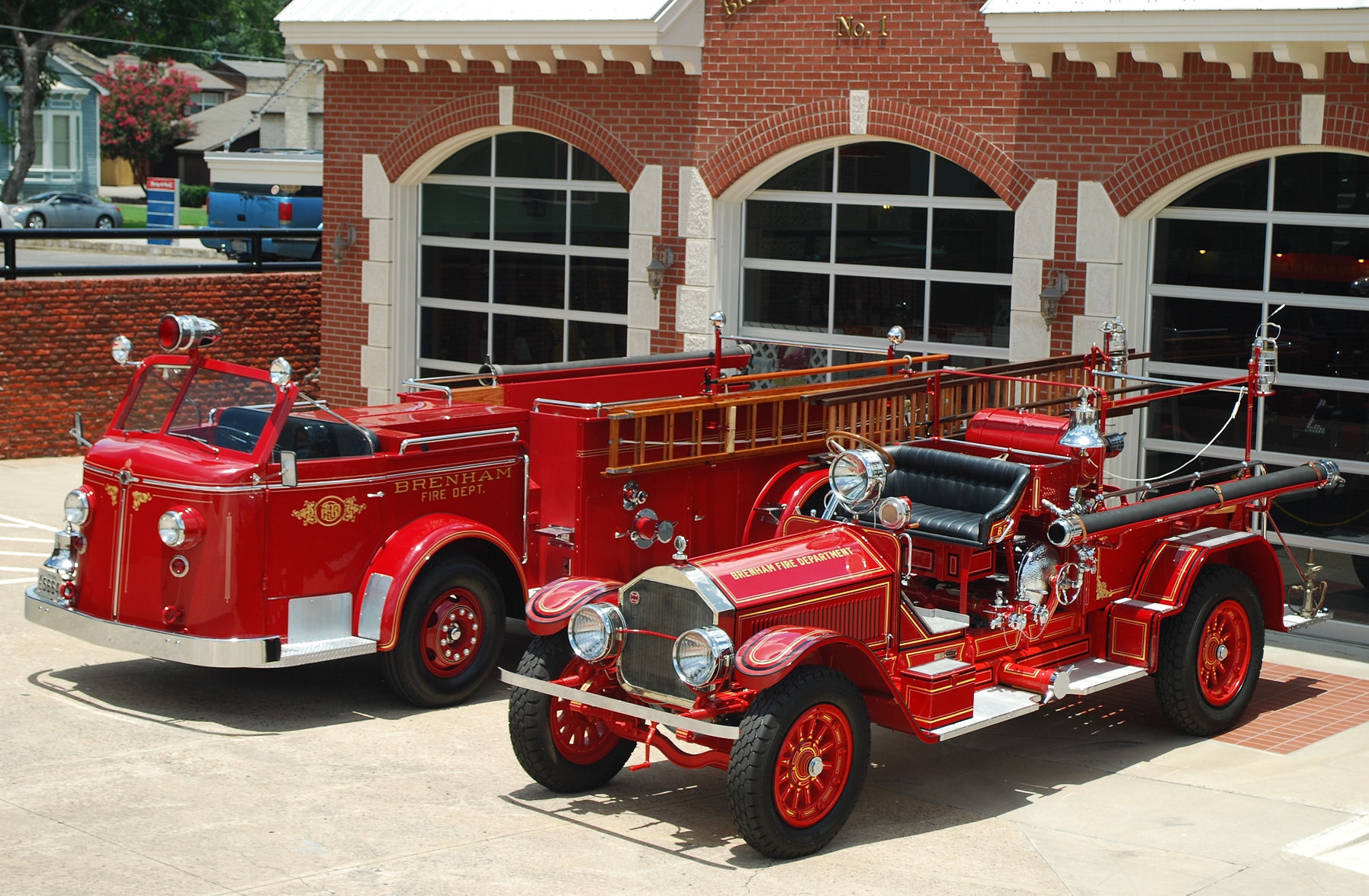 The Brenham Fire Museum – a.k.a. Brenham Fire Company # 1 Fire Museum, was designed to house Samanthe, the 1923 American LaFrance Type 38 that the Brenham Fire Department owned.  Purchased April 2, 1923 from the manufacturer in Elmira, NY, Samanthe is one of only three left of its kind. Only 34 fire engines of this type were produced between early 1900 and 1930.

Samanthe made her first trip to Brenham on a rail car. Fire fighters E. P. Davis and E. W. Pflughaupt took delivery of her and Brenham Mayor A.A. Hacker accepted her on behalf of the City. Samanthe served the citizens of Brenham for many years; the last fire she made was at a house fire at 101 N. Chappell Hill Street, which is the current location of the Brenham Fire Station. After she was retired, it became a goal of the Fire Department to have her restored to her original grandeur.

The restoration project began in 2004 when the late Billy Sohns remembered the fire department with a gift in his will. During the years following, the fire department has raised $65,000 toward her renovation. The work was done at the Texas Fire Museum in Dallas at a total cost of $90,000. Samanthe was unveiled to the public during the City’s Sesquicentennial activities in June of 2008.

Once restoration work began on Samanthe, the question was raised as to where she would be housed once she returned. The board of the Brenham Heritage Museum made the decision to build a home for her, as well as other fire department artifacts. And so the Brenham Fire Company #1 Fire Museum was born. Through a combination of private donations and grants, $150,000 was raised to build the museum which was constructed next to the Heritage Museum and the 1879 Silsby Steamer. The museum is now home to Samanthe, and a 1950 American LaFrance, the Invader, both were sent to the Texas Fire Museum for restoration and as the museum a combination of private donations, grants and fundraisers paid for the restorations.

Inside the museum is the Wall of Honor, a unique tribute to all the men and women who have served as members of the fire department since its inception in 1867. It also includes the Roster of all the Mascots who have served. The museum also houses fire artifacts from the department’s long year history.