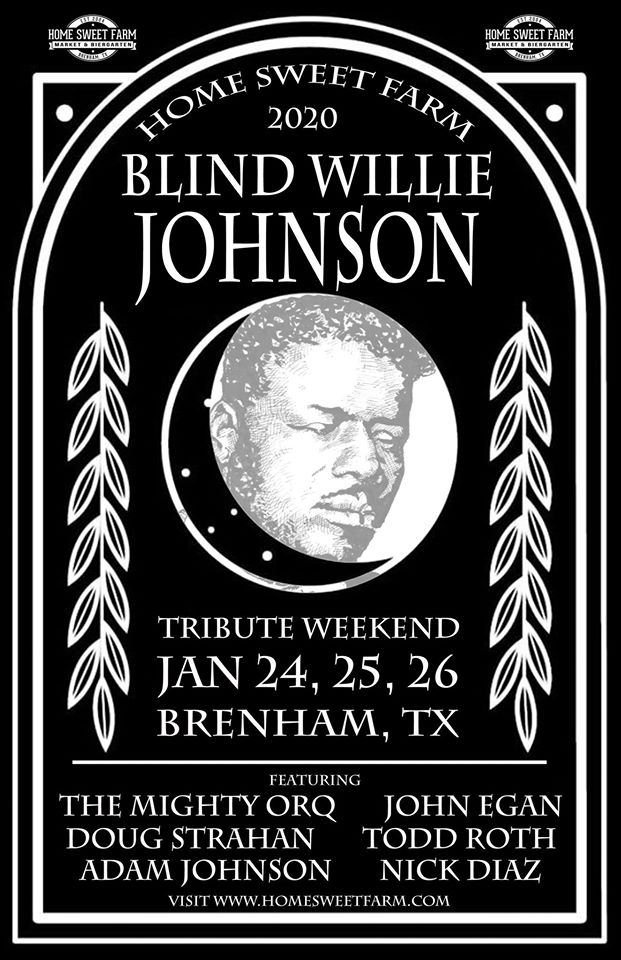 Blind Willie Johnson, born near Brenham, in Independence. TX on January 22, 1897, died in Beaumont on September 18, 1945. Johnson is considered one of the masters of blues, particularly of the gospel blues style. An important aspect of Johnson’s recordings was his mastering of the bottleneck guitar technique, which was immediately influential on Robert Johnson and Howlin’ Wolf.

In 1977 the recording of Johnson’s “Dark Was the Night, Cold Was the Ground” was chosen to be placed on the Voyager probe by NASA consultant Timothy Ferris because, according to Ferris, “Johnson’s song concerns a situation he faced many times: nightfall with no place to sleep. Since humans appeared on Earth, the shroud of night has yet to fall without touching a man or woman in the same plight”. Johnson’s recording of “Dark Was the Night, Cold Was the Ground” was also selected by the Library of Congress as a 2010 addition to the National Recording Registry, which selects recordings annually that are deemed “culturally, historically, or aesthetically significant”.