“To Kill a Mockingbird” at Unity Theatre

“To Kill a Mockingbird” at Unity Theatre

An event every week that begins at 8:00 pm on Friday and Saturday, repeating until October 13, 2019 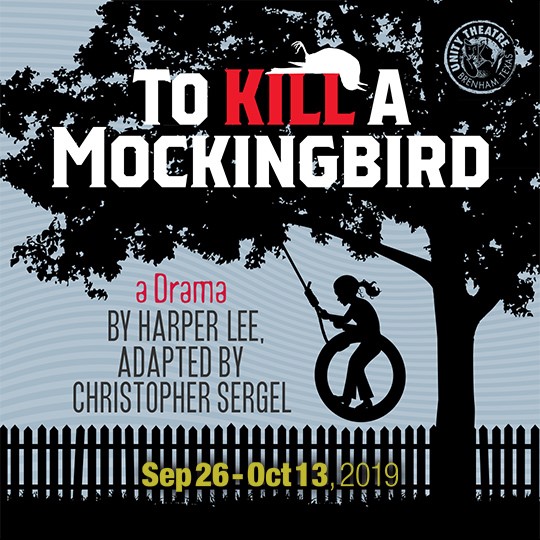 To Kill a Mockingbird

A Drama by Harper Lee, adapted by Christopher Sergel

In 1935, young Scout and her brother, Jem, are being raised by their widowed father, Atticus, and their strong-willed housekeeper, Calpurnia. Scout is fascinated with the people in her seemingly normal, small southern town, but there is darkness beneath the calm surface in their community. The façade cracks when a young black man is accused of a terrible crime. Driven by an unshakeable moral conviction, lawyer Atticus defends him in a trial that sends violent waves through the town. The play explores prejudice, compassion and the strength of those who fight injustice and have the courage to do what is right.